Whether you want to create a site from scratch, edit a CSS file or make some quick edits to your website template, a good, solid text editor is just what you need.

But, it’s kind of tough to choose the best text editor, isn’t it?

We mean, there are just so many options to choose from.

How would you know which one is the right choice for you?

Perhaps someone recommended you a text editor, but you found it hard to use?

Or maybe you downloaded a text editor that had great reviews, but it didn’t work out well for your needs?

No matter what brought you here, one thing is for sure.

You want to know more about text editors that can increase your efficiency, productivity, and performance. 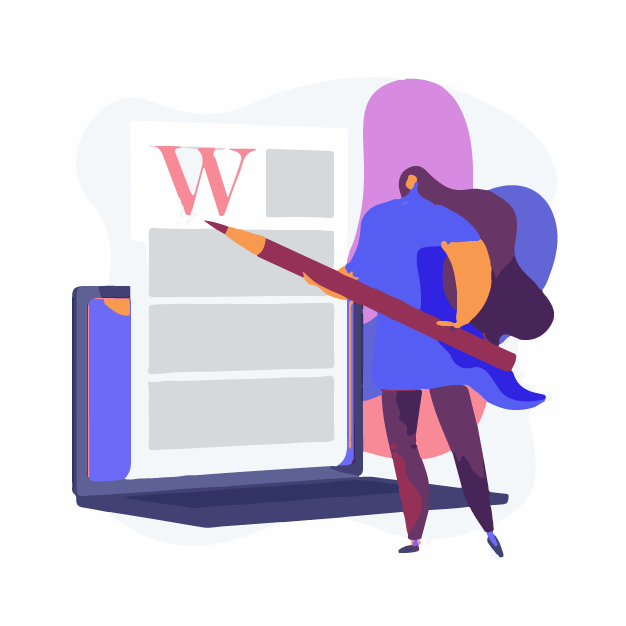 In this blog, we’ll tell you all about the best text editors by taking into consideration what is most popular, easy to use, and affordable!

But first, let’s start with learning what text editors are (For those who’ve just begun their coding journey!)

What Exactly are Text Editors? (Definition)

Text editors, sometimes called code editors, are applications that allow you to create and edit a range of programming language files.

In short, text editors are the place where you write your code!

There are a few things that all great text editors have in common:

The point being, it doesn’t matter whether you’re coding with a Windows, Mac, or Linux PC; a good text editor should be easy to use and do the job the way it was intended to be done!

Now, let’s get to what you came for – the most solid text editors out there.

Among all the text editors for Mac, BBEdit is definitely one of the oldest.

BBEdit brings with it a very intuitive, user-friendly interface that makes it super smooth to browse files and work on projects.

This text editor has been exclusively designed and crafted for the purpose of editing, searching, transforming, and manipulating text.

The best way to move ahead in web development is by unifying and creating links between design and implementation.

Brackets, a text editor developed by Adobe, helps you do exactly that.

The best feature that separates this lightweight and modern text editor from others is “Extract”.

Using this feature, you can pick colors, measurements, fonts, gradients, etc. from a photoshop file and convert it into a ready-for-web CSS.

Visual Studio Code belongs to the family of the tech giant Microsoft. It is known to be one of the most fully-featured and well-rounded text editors out there.

This extensible, open-source text editor supports a wide selection of programming languages and frameworks, from the familiar C and C++ to modern languages like Go and Rust.

One of the most time-saving features of VS Code is its infusion with AI. All of the code and text that the developer writes in this text editor is automatically read by the software.

As a result, it creates auto-responses for code writing based on essential modules and variable types!

Developers all over the globe have been using Notepad++ for quite a while because it’s far simpler to use, and doesn’t come with too many bells and whistles.

Jam-packed with many features, Notepad++ has an amazing execution speed, making it apt for modern machines.

You can even define your own language, a first among these text editors!

Komodo Edit is a powerful yet simple-to-use text editor.

If you don’t need a high-end text editor and just want to get smaller projects done, Komodo is a perfect choice.

But, if you need a little more advanced tools like unit testing and code profiling, there’s something called ‘Komodo IDE’ that does the trick.

This upgrade supports all the languages and frameworks, making it ideal for web development.

The best part? Even the upgrade doesn’t cost you anything because it’s also an open-source project!

For old-school programmers and keyboard enthusiasts, Vim is a go-to text editor.

Vim has a rich history – it originated from the Vi editor (1976), and it’s still being upgraded today.

This text editor is used entirely via the keyboard, making everything much faster and more efficient – but only if you put some effort into learning how to operate it.

Vim can take your coding productivity to heights if you have the time and patience to learn it.

Espresso comes with a beautiful interface and is a really powerful text editor.

This text editor is beginner-friendly but provides lots of wonderful features for advanced users as well.

The latest version of Espresso has a ‘Clodette’ menu. It helps you edit and sync servers automatically, as well as publish your content quickly.

That means you don’t need to spend so many hours trying to configure an unstable server!

Sublime Text comes with all the features you would expect from a powerful text editor, and a lot more.

Just like Vim, it is lightweight and ready to edit your file as soon as you give the command. This awesome responsiveness is one of the things that makes it the best text editor of its kind.

But remember, if you want to get the most out of Sublime Text, you need to install some extra plugins.

Atom has been created by developers for developers.

It is a ‘hackable’ text editor, and what it means is that it allows new programmers the opportunity to create their own text editor without years of programming expertise. How cool is that?

Just like WordPress, Atom users can submit packages and themes for the software, increasing collaboration among developers.

Earlier, Atom had many performance and stability problems, but those have diminished significantly as new versions came out.

Bluefish is a powerful text editor that is mainly for experienced web designers and programmers.

Even though BlueFish is an ultra-fast text editor that supports many programming and markup languages, its main focus is on editing dynamic and interactive websites.

This text editor is so efficient that it loads a complete website within a second!

If you are a fan of text editors that don’t take their sweet time to run your commands, then Bluefish is a text editor that was designed with you in mind.

TextMate is a high-end source text editor developed only for Mac OS.

This super cool and versatile text editor comes with a unique and innovative feature set.

TextMate includes ready-made libraries of text snippets that you can reuse for almost every programming language.

Without a doubt, if you are looking for an amazing free text editor for Mac, you should consider TextMate.

When you start coding, you shortly realize that text editors are your best friends.

But, finding the right text editor is a tough call to make when you’re starting out.

If you pick a simple text editor, it might help you learn the basics, but you’ll face difficulties as you start working around complex codes.

Similarly, if you start out with a highly complex text editor, it’ll definitely hinder your learning process, and you might even start losing interest in coding.

In the end, it all comes down to balance.

So, keep this in mind: The best text editor for you is ultimately what makes YOU most productive. Experiment and explore to find out which works the best for you!

Also, if we missed out on any of your favorite text editors, let us know by tweeting us @bit.ai. We’d be happy to include it on our list!

What is Markdown & How It Can Help You Write Faster

Best Journal and Diary Apps for 2021 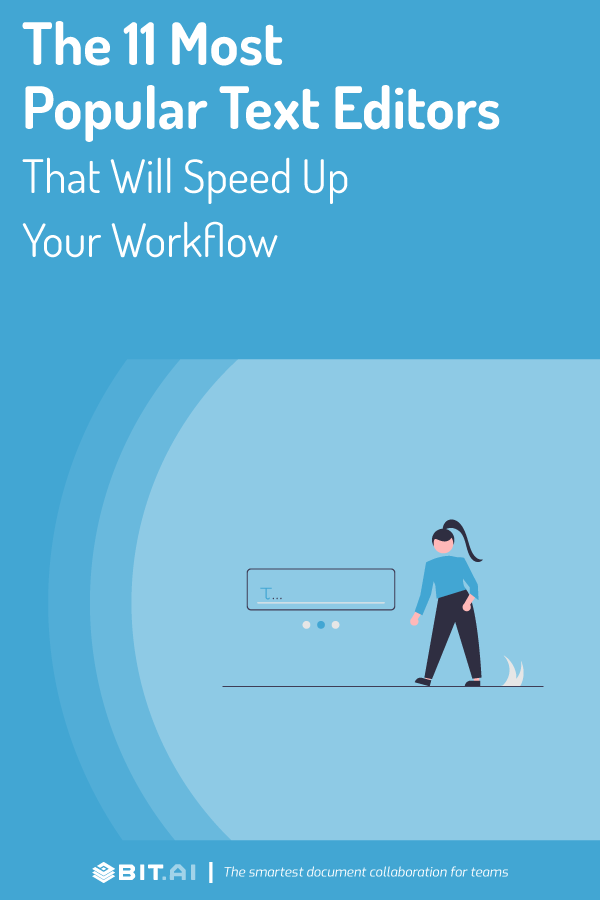 Business Development Plan: What Is It And How To Create A Perfect One?

How to Write an Insane White Paper that Gets High Engagement

Letter of Authorization: What is it & How to Write it?

11 Asana Alternatives & Competitors You Must Know About!

Marketing Budget: What it is & How to Put it Together?

Market Targeting: What is it & How to do it Perfectly? (Steps Included)

Communication Plan: What is it & How to Create it? (Steps included)

Marketing Funnel: What is it & How to Create it? (Steps included)